Samwise at March for Life 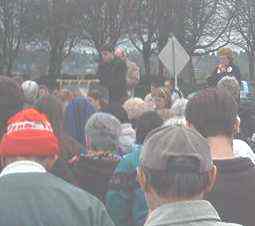 Legislator addresses crowd. Most were Republican although this year the number of pro-life Democrat legislators doubles from one to two: Jim Hargrove and Rep. Mark Miloscia 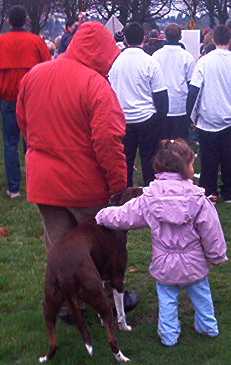 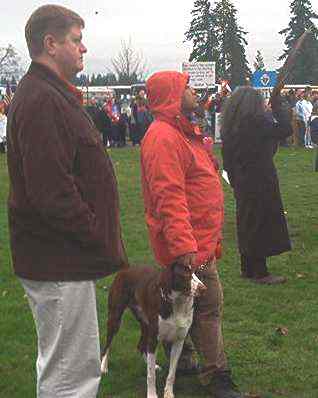 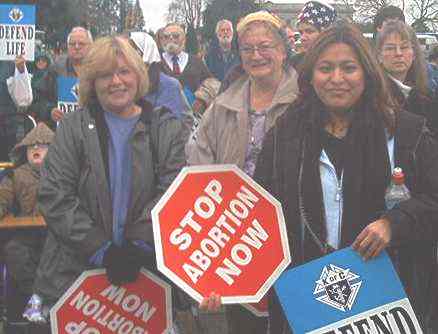 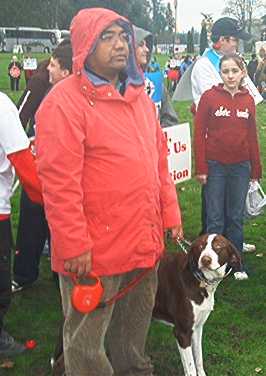 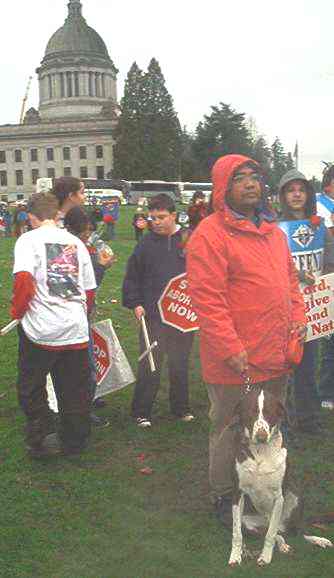 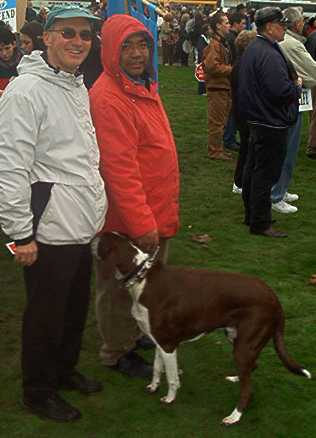 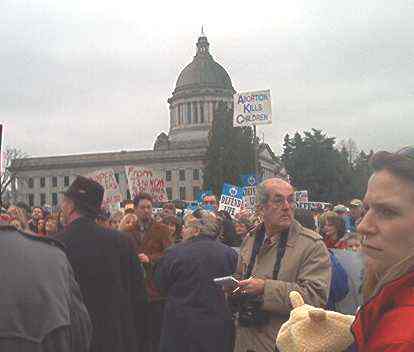 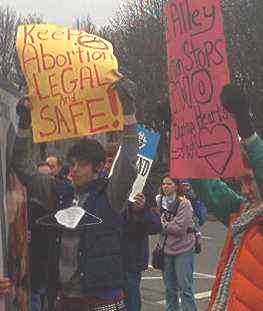 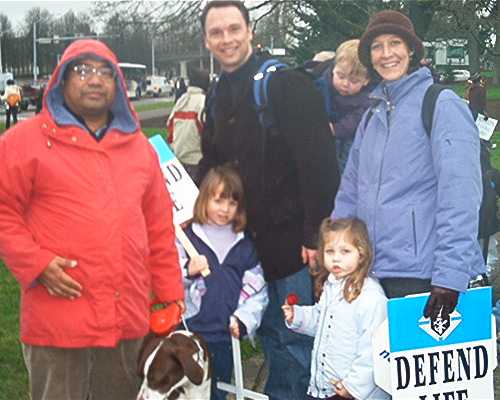 Fr. Bloom, young mom with some of eight children 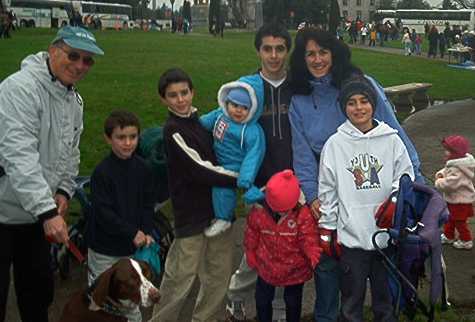 Pictures from 2005 March for Life 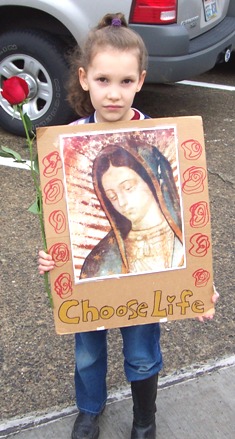 Heavenly Father, you have gathered us here today in prayer and vigil for the greatest and most important of reasons—the defense of life. You have revealed Yourself as the Father of all life, help us to nurture and protect that gift, especially on behalf of the weakest and most vulnerable of our society.

We are here to pray for the conversion of all of those politicians and judges in this country and in the world who do not respect and protect your gift of life. Change their hearts and minds and help them to know the truth—to work against unjust and irrational laws—and bring an end to abortion in this country and the world.

We are here to pray as well for our own conversion, in sorrow for the ways that we allow the culture of death a place in our own life and in our world. Keep us faithful to you and to the Gospel of life proclaimed by your Son.

We pray for all those who work in health care and especially those who work in the abortion industry—open their eyes to the true nature of their actions and through your perfect and infinite mercy bring them to conversion and repentance.

We pray especially for all men and women who are tempted by abortion, and we ask you to extend Your hand of protection to those threatened by abortion, save them from its destructive power. Give Your strength to all fathers and mothers that they may never give in to the fears that seek to enslave them.

Finally Lord, we offer our prayers for those who still live with the consequences of abortion, those mothers and fathers who daily struggle with the decisions of their past—through your mercy heal them and help them to experience your forgiveness and new life.

We entrust especially our prayers to Mary, the Mother of Jesus and Mother of us all, we turn to her today as the one who said “Yes” to Life, to Him who is Life itself. Intercede for all of us, bring all of our prayers to your Son, that He may give us grace and strength to be worthy apostles of the Culture of Life, and to bring an end to the culture of death.

WHY DO WE SHOW THE BLOODY PHOTOGRAPHS OF THE DEAD HUMANS?

**Q. What business does government have in regulating medical procedures? Isn't this a private matter?
A. Here is a short list of seven areas where government regulates medical practice in Washington state.

A Challenge to Our Pro-Choice Friends

The fate of the aborted child

The question of conscience.

How this issue relates to Salvation.

Relation of Abortion to Birth Control.

Homily on Birth Control and Abortion.

Does Birth Control solve or cause Poverty?

The Moral Law and the Existence of God.

From Sarah: "Do you honestly believe that making abortion illegal will solve the problem?"

He Approached the Victim: "It's much more likely one of your relatives will lose his life by surgical abortion than by heart attack."

Human Cloning: A Catholic Perspective (How the Unthinkable Became Inevitable)

"From a religious point of view, if God had thought homosexuality is a sin, he would not have created gay people." 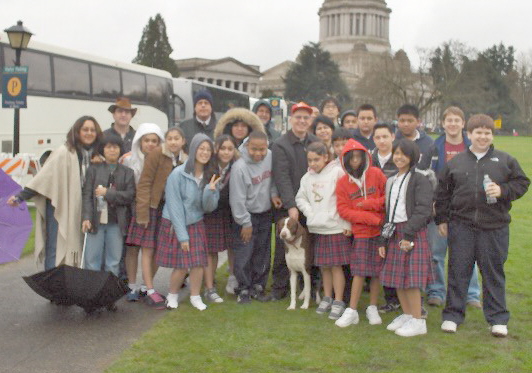