Why Was the Rich Man Condemned?

Bottom line: He did not pay attention to the other man.

When Pope John Paul II visited New York City in 1979, he gave a powerful reflection on the rich man and Lazarus. The rich man - as we heard in today's Gospel - dressed in fashionable clothes and ate wonderful meals every day. Meanwhile a destitute man named Lazarus looked on longingly. He would have been happy with table scraps, but the rich man fed those to his dogs. When the two men died, things were reversed: Lazarus found consolation and the rich man found torment. After summarizing the parable, Pope John Paul asked why the rich man was condemned. "Was the rich man condemned because he had riches, because he abounded in earthly possessions, because he 'dressed in purple and linen and feasted sumptuously every day'?" The Holy Father answered, "No." It was not for wealth that the rich man was condemned. Here is the reason. I ask you to listen carefully to the Holy Father's words:

"The rich man was condemned because he did not pay attention to the other man, because he failed to take notice of Lazarus, the person who sat at his door and who longed to eat the scraps from his table. Nowhere does Christ condemn the mere possession of earthly goods as such. Instead, He pronounces very harsh words against those who use their possessions in a selfish way, without paying attention to the needs of others."

The rich man did not pay attention to the other man. These words are meant for us. Now, you and I probably do not consider ourselves rich. In comparison to our neighbor Bill Gates we are not. All of us together would have only a tiny fraction of his net worth. Still, in comparison to most of the people on the planet we are fabulously wealthy. We enjoy warm clothes and buildings with central heating - even air conditioning. Very few people here worry about not getting enough calories. On the contrary, most of us worry about getting too many. And even the person who works for minimum wage earns more in a day than most people in the world earn in a week. I know that many of our families are in debt and are struggling, but we must also recognize that we have opportunities which others envy. Pope John Paul spoke directly to us who have so much. "We cannot stand idly by," he said, "enjoying our own riches and freedom, if, in any place, the Lazarus of the 20th century stands at our doors."

Now, this does not mean that we have to take the world's problems on our shoulders. You and I have enough problems of our own without trying to solve other people's. But we can lend a helping hand. Last month I spoke to you about the needs of people in Peru, especially after the terrible earthquake. You responded beautifully and I am able to bring not only your financial help, but your prayers and solidarity.

That is the kind of thing the Holy Father was talking about: not isolating ourselves, but finding effective means of solidarity - of really paying attention to the other person. It is not just a matter of contributing to a collection - although that is important. It means sharing our gifts, above sharing our love. The pope warned parents about giving their children all kinds of material things, but not giving them love. Those things, said the Holy Father, will turn to "dust and ashes in their mouths if they do not experience love."

When we give something, we should try to say a little prayer: Lord, may my gift help this other person. May it not only bring joy. May it bring that person closer to you. We want to give our own children the very best we can. That means we want them to have God. The rich man had everything, but he did not have God. The poor man lacked everything, but he had God. Jesus makes it clear who was better off.

When I go to Peru tonight, I want to bring not only your financial help, but your prayers and love. So many of you have expressed your concern for needy children and families after the earthquake. A few weeks ago, I told you about the priests in Pisco, the city closest to the epicenter of the earthquake. They lost their church and their rectory. They are saying Mass in the town square and using a tent for a make-shift office, as they tend to the overwhelming material and spiritual needs of their parishioners. Your solidarity will mean a lot to Fr. Alfonso and Fr. Javier - and to the Vincentian Sisters who suffered so much during the earthquake. If it is possible, I hope to spend a few days in Pisco. I don't want to be one more problem for the priests and Sisters, but I do want to communicate your prayers and love.

We live in a world which has shrunk. The poor are right at our doorstep. We cannot help them all, but we can help some. As the pope reminded us, the important thing is that we pay attention to the other man. He is like you and me: He needs love - that is, he needs God. Lazarus is at our doorstep. May we pay proper attention to him so that one day he will welcome us into heaven along with Abraham and all the saints.

1998: The Abyss Between Heaven and Hell 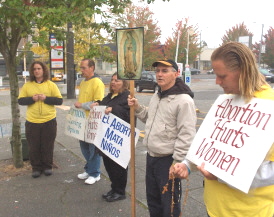 New Archbishop of Seattle: “To be Catholic Means to be Pro-Life” 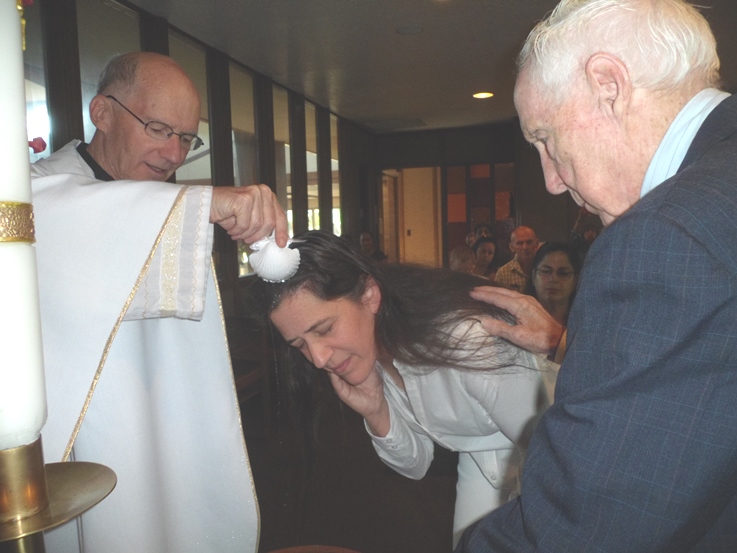