This Sunday I want to address some difficult, serious concerns. The first I am sure you have seen on the news. On Wednesday afternoon at 2 p.m. a Florida judge ordered the removal of feeding tubes from a young woman named Terri Schiavo. Her husband’s lawyers maintain she is in a “persistent vegetative state.”

However there is considerable dispute over that description. According to family members, “Terri recognizes voices and responds. At times, she vocalizes sounds, trying in her best way to speak. Terri is not a brain dead vegetable as characterized by her husband and legal guardian, Michael Schiavo nor a houseplant as implied by his attorney.”

On October 14, Terri's parents released a videotape that indicates that Terri is in nothing like a persistent vegetative state. According to Pete Vere, a canon lawyer who specializes in the rights of mentally and cognitively disabled, “She smiles, she laughs, and she opens her eyes, turns her head and raises her eyebrows. A number of medical experts assure me that these are not the responses of one who has fallen into a persistent vegetative state as the courts and Terri’s husband maintain.”

I encourage you to study this case and form your own opinion. In the bulletin I listed some guidelines to help distinguish between euthanasia and the acceptance of natural death. All of us must face this issue – both for our own selves and in our care for loved ones. In the case of Terri Schiavo, it seems clear to me that what we have here is involuntary euthanasia. If euthanasia is voluntary, it is called suicide. If involuntary it is murder.

Terri Schiavo would die of slow starvation and thirst. It usually takes between ten days and two weeks. That was how St. Maximilian Kolbe was sentenced to die in the Auschwitz.

Something else has been added to this horrific situation. On Saturday, a priest named Monsignor Malinowski brought the last sacraments for Terri. It included a quarter of a Communion Host. The lawyers and police prohibited Monsignor Malinowski from giving Terri Communion. She is able to swallow. In a statement to the press, Michael Schiavo’s attorney, George Felos stated that the reason for this was that he didn’t want “anyone to do something that would cause Terri distress”.

There is something diabolical in this situation - and our strongest weapon is prayer - prayer of the Church and the saints. Today our Holy Father beatifies Mother Teresa. She has the same name as Terri Schiavo. Let’s ask Blessed Teresa of Calcutta to intercede for Terri and all those near her at this time.

Today is also Missions Sunday – we are called to focus on the needs of the universal Church, especially to support those engaged in missionary work. It is sometimes hard to focus on universal needs when we have so many problems near home. We must try to balance both the needs of those far away and our own immediate requirements.

Which brings me to the second concern. It is not the magnitude of the euthanasia issue, but it does affect all of us at Holy Family. About ten days ago our school roof developed a huge leak. Those of you who attended the potluck last Saturday evening saw the water gushing through. On Thursday it was so bad we had to close our school at noon and keep it closed on Friday. Fortunately, Catholic Mutual – the archdiocesan insurance – paid for the patch, but it is only temporary. We will have to replace the school roof earlier than we projected.

I discussed this with our Parish Council this past Thursday. They mentioned to me there has been some confusion. Some have gotten the idea that we want to put up a new building before repairing the old ones. That is not the case. The parish Building Commission envisions us tackling our problems in phases. Regarding that I would like to read you a letter I received from the Archbishop…

As you can see the Archbishop is most supportive. On Thursday, together with members of our Building Commision, I will be giving a presentation to the Archdiocesan Building Commission. Please pray for us.

Obviously I am most concerned about our parish building, but there is something I am more concerned about – building the Body of Christ. Earlier this month I attended the Stewardship Conference in Chicago. A lot of people when they hear the word stewardship think about money. “Oh, no, Father is going to ask us to give more.” But at the Conference they emphasized that stewardship is not about money. It is about saving souls. The only way any of us can be saved is by placing God first, recognizing that all we are and have is from Him and that we are administrators, stewards of his gifts.

Our readings from the letter to the Hebrews speaks about the priesthood and the priest’s relationship to his people. I want to say a personal word about my relationship to you as your priest. I know that some of you feel a certain distance or separation from me. Part of the problem may be numbers: each weekend around 2,500 people attend our seven Masses - and not the same 2,500 each Sunday. Beyond those who attend Mass, many more turn to Holy Family Parish in time of crisis.

To make matters worse, I have my own personality. I am not as extroverted, outgoing as I would like to be. And I have terrible memory for names which seems to get worse as I get older, but I do want you to know that, as your priest, I care about you. I feel like Golde in Fiddler on the Roof. Out of the blue, her husband Tevye asks, “Do you love me?” First she tried to brush him off, then she listed all things she does which show her love. To which Tevye responds,

Then you love me!
Golde replies: I suppose I do
Tevye: And I suppose I love you, too
We are facing great challenges here at Holy Family. I do not know how it will all turn out. But I want you to know, no matter what, I do love you. And I do suppose, I do suppose that you love me too. I have been living here at Holy Family for the past seven and a half years – and plan on staying. I am a man beset by weakness, but each day, with the Lord’s help, I try to respond to parishioners’ needs. I do love you and I suppose that you do love me too.

More important than my love for you – which, no matter what, is small and passing – is Jesus’ love for you. Today he tells us that he has come not to be served, but to serve and give his life as a ransom for us. If we accept his salvation, together we can be with him in the Communion of Saints. In the final analysis that is the only thing which matters.

Homily by Father Todd: "I, Michael, take you, Terri, to be my wife. I promise to be true to you in good times and in bad, in sickness and in health...."

From Archives (Homilies for 29th Sunday, Year B): 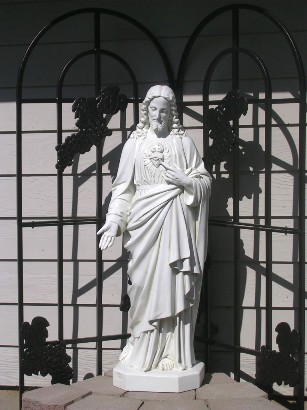 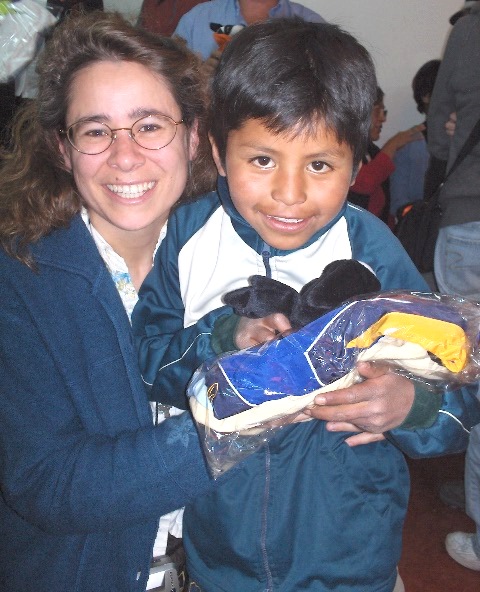 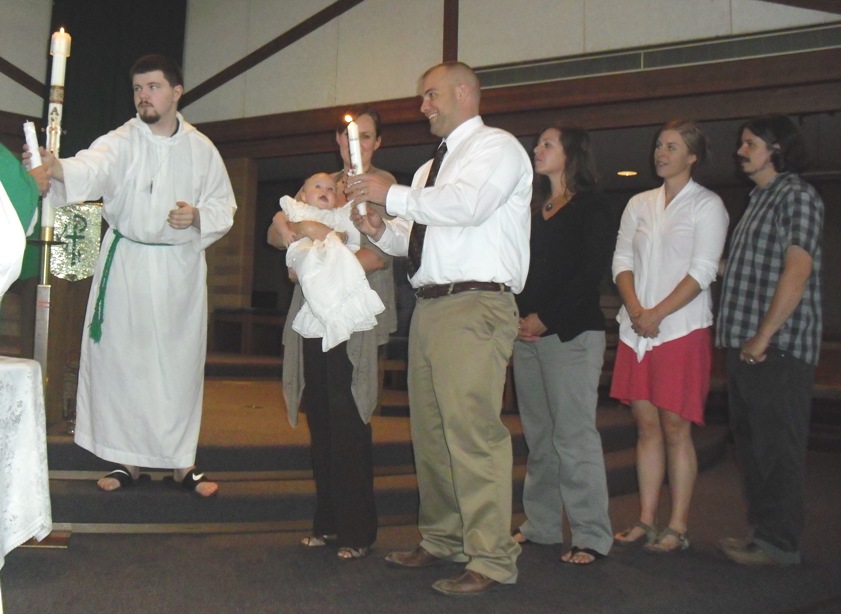