Bottom line: Jesus reveals his identity - only in relation to the cross.

Before God created the world, he saw the cross. He saw that hill outside the gates of Jerusalem. There the One by his side - his only Son - would hang for three terrible hours. All creation focuses on the cross, the heart of human history, the first letter of God's alphabet.

We see the centrality of the cross in today's Gospel. Jesus sets the stage by asking his disciples who he is. They have many different opinions - just like people today. Some people see Jesus as a powerful prophet, others as a noble teacher, still others as kind of guru. Jesus will have none of that. He doesn't care about public opinion. He doesn't care what the "experts" say. Jesus cares about the human person. So he asks, "But who do you say that I am?"

Who do you say that Jesus is? When you stand before a tabernacle: Before whom do you stand? Who is Jesus? Peter responds, "You are the Christ."

That's good as far as it goes, but Jesus has more. He makes it clear that you cannot understand his identity - who he is - apart from the cross. He immediately begins to speak about suffering, rejection and death. When Peter hears this, he has a natural human reaction. He tries to dissuade Jesus: No, there must be some other way. The cross is for criminals, for evil-doers, not for you.

Peter's words must have tempted Jesus. Later he would pray, "Father, if it is possible, let this cup pass from me." Jesus would not have been human if he did not shrink from the humiliation and pain of the cross. Still, he saw Peter's words for what they were: a satanic temptation. Jesus turns and in front of the other disciples, gives Peter the worst possible rebuke. He calls him, "Satan." Satan is the most hideous creature in the universe - pure deception, cruelty and hatred. Jesus calls Peter, "Satan." No one else in the Gospel receives such a rebuke from Jesus.

Why does Jesus call Peter, "Satan"? Well, Satan's basic tactic is to steer people away from the cross. He is always there to offer us some way of escape. He can say to a man, "Just one drink. It will help your nerves." Or, "Just a few minutes of pornography. You'll feel better." Satan promises tranquility, power and satisfaction, but he delivers the opposite: misery, impotence and rage.

Jesus takes a different approach. Yes, he say, you will have to undergo some pain, some humiliation, some disappointment, but in exchange he gives genuine peace - a peace that lasts. He explains today how that will happen.

If you listened closely to the Gospel, you notice that St. Mark writes, "he began to teach them." Not about suffering, rejection and death for their own sake. Those things will come.* Jesus is a realist. But along with them comes something else. Jesus says that he will "rise after three days." Here we see the meaning of the cross and why it is the heart of human history.

When you look at human history, you can sense a paradox - a seeming contradiction. The paradox is this: Out of death comes life. Jesus today states the paradox of the cross: "Whoever wish to come after me must deny himself, take up his cross and follow me." Then he adds, "Who wishes to save his life will lose it, but whoever loses his life for my sake and that of the gospel will save it." That is true on the most human level. Those who cling to pleasure and honor, end up with misery and disgrace. Those who fling those things away, find something of true value.

How then do we approach the cross? The first reading gives us a hint. It contains a beautiful phrase: "I have set my face like flint." It means to look straight forward. I knew a man who struggled with a gambling addiction. It had cost him all his savings - and it almost cost his family and career. Thanks to some intervention and to support from Gamblers Anonymous, he pulled out of the tailspin. When he is driving he has to focus his attention straight ahead - on his goal, his family, his home. If he goes by a casino and even glances at it, the urge becomes great. He has to look straight ahead - to set his face like flint. In other words, he has to embrace the cross to find genuine life.

*No matter what the "prosperity Gospel" people say.

General Intercessions for the Twenty-Fourth Sunday in Ordinary Time, Cycle B (from Priests for Life)

From Archives (Homilies for 24th Sunday, Year B): 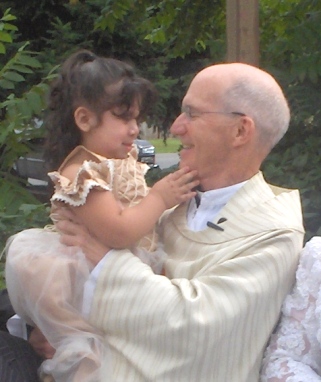