Why Gnostics Are Wrong

Bottom line: Unlike the Gnostics we do not deny sin. Instead we place ourselves under the divine Mercy.

"he showed them his hands and his feet. While they were still incredulous for joy and were amazed..."

Well they should be amazed and overjoyed. They were witnessing the greatest event in human history. If Jesus' resurrection is true, it is the truth about everything. In different ways Jesus claimed divine status. For example, he said, "Before Abraham came to be, I AM" (Jn 8:58) The resurrection shows that Jesus was not committing blasphemy, but speaking the plain truth. Against this solemn background, Jesus now does something that seems almost comic:

"he asked them, "Have you anything here to eat?" They gave him a piece of baked fish; he took it and ate it in front of them."

Now, this might seem like a colorful detail, but in reality it has a deep significance. The resurrection not only shows that Jesus is God, but that his Godhead does not swallow up his humanity. He continues a flesh and blood existence. For that reason Jesus can come to us in physical, sacramental form. In baptism, he uses water. In confirmation, oil and in the Eucharist bread. And what about the sacrament of matrimony? The physical bodies of the man and woman become the sacrament of Jesus' union with his bride, the church.

We saw last week how this physicality differs from Gnosticism. The Gnostics said the body is not important. What matters is their superior spiritual insight. In modern terminology they were "woke". Because of their special knowledge (that's what gnosis mean, knowledge), they thought it didn't matter what they did with their bodies. Thus, they concluded that the commandments did not apply to them. Well, as we heard in our second reading, John has this to say:

The Gnostics thought they were above the commandments, but if they did break one, they had clever ways of shifting the blame. They blamed forces beyond their control. We do the same today. Some people blame their mom. Or their Irish temper. Or Donald Trump. Or poor Joe Biden. Some people even blame Phil Bloom. There's plenty of blame to go around. But a Christian accepts his own responsibility. And that our sins are serious. They may seem small in comparison to the Holocaust or to slavery. Still, our own personal sins are serious, so serious they have placed Jesus on the cross. What St. Peter says to the Jewish authorities applies also to you and me:

"The author of life you put to death, but God raised him from the dead..."

The cross convicts us of our sins. At the same time, it shows the depths of God's mercy. Unlike the Gnostics we do not deny the reality of sin. Instead we place ourselves under the divine Mercy. We accept responsibility. Repentance is a lifelong process. We always need to make a new beginning:

"Repent, therefore, and be converted, that your sins may be wiped away." Amen.

From Archives (Third Sunday of Easter, Year B): 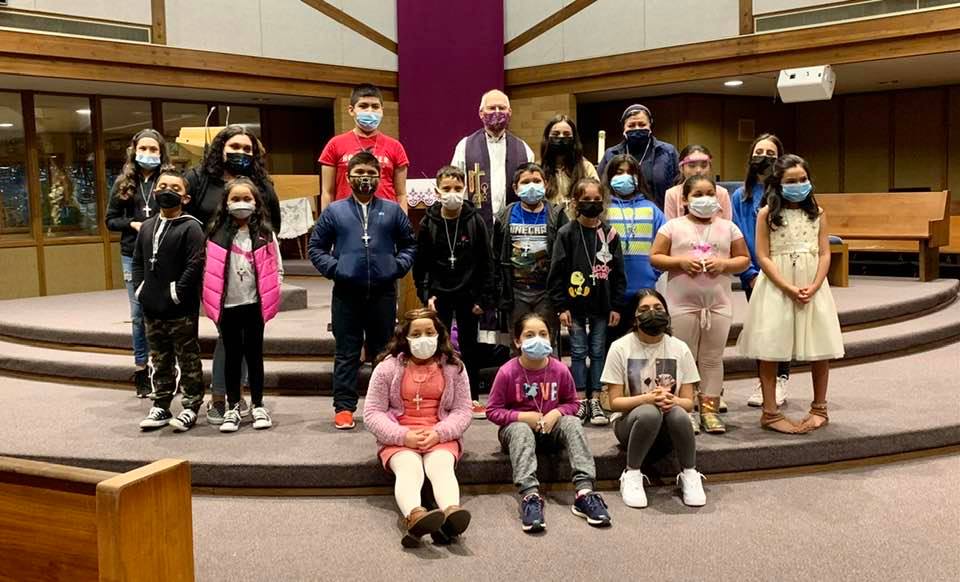