Before giving the homily, I want to invite you to participate in the Life Chain this afternoon. We will be on Roxbury Street holding signs such as "Abortion Kills Children." That sentence may shock some people, but it is a simple statement of fact. All of us have seen the ultrasound photos. No one thinks the fetus is a carrot or a fish. It yawns, rubs its eyes, sucks its thumb, it smiles: it is a child. You can argue about laws and politics of this issue, but you can not deny facts*: Abortion kills children. Please join us at 2 p.m. - just four block from Holy Family Church for this hour of prayer and witness.

Some of you have probably toured the Oregon Caves National Monument. The guide leads visitors through a narrow passage which opens into an enormous cavern. From the roof of the cavern dangles something that looks like twisted branches with no leaves. The guide explains that they are roots of the trees which stand on the ground above. The trees are not particularly large, but they have sunk a system of roots deep into the earth. Jesus tells us today that if we had faith the size of a mustard seed, we could say to one of those trees, “Be uprooted and planted in the sea,” and it would obey.

Faith is the most powerful force any human being can wield. We live in an age of skepticism, yet it is people of faith that are transforming our world. Who can be unmoved at the sight of hundred of Moslem men kneeling, then bowing to the ground in prayer? Throughout Europe – even in the city of Rome – they are re-making the landscape with the domes and minarets of their mosques. Although they lack the fullness of faith contained in Christian revelation, yet their faith in the one God has extraordinary power. We could do well to emulate them in that regard.**

The Old Testament prophet Habakkuk speaks about the power of faith. He lived in a time when things were falling apart. His prophecy contains these words: ruin, misery, destruction, violence, strife and discord. Nevertheless, he assures his hearers God is in charge. “The just one,” he says, “because of his faith, shall live.” St. Paul made that verse the central theme of his letter to the Romans. The just man shall live by faith – not by trusting in his paltry works. Similarly Jesus tells us that when we have fulfilled all the commandments, we must still say we are unprofitable servants. What saves a man is his trust in God, not anything he can do on his own.

God has narrowed our options. We can either trust him or turn away from him. You have probably heard about the man who fell from a cliff and caught himself on the branch of a tree. He called to God for help and heard a voice answer, “I will catch you. Just let go.” The man thought for a second and asked, “Is there anyone else up there?” There isn't. To be rescued we must put our faith in God.

We can see power of faith not only in our relationship with God – but also with one another. Without faith we can accomplish very little. Once I lived among people who had a very low level of trust. Consequently, they had difficulty working together on any project, even mundane things like taking care of the garbage. Mutual suspicion undercut the common effort. They always feared that one or other person was going to skip out and leave the rest in the lurch. It took a great effort to build the minimal trust necessary for simple projects. Someone had to take a risk just to get ball rolling. Yet, when they overcame their initial reluctance, things started to snowball - and they amazed themselves and other people with what they could do.

Before inviting us to faith in God, Jesus calls us to faith in each other. In the verses preceding today’s Gospel, Jesus says, “if your brother sins, rebuke him and if he repents, forgive him; and if he sins against you seven times and says, ‘I repent,’ you must forgive him.” (Lk 17:3-4) Now that kind of forgiveness takes faith! Jesus is not telling us to lie down and become the doormats of White Center. On the contrary, to personally confront (“rebuke”) a wrongdoer requires great courage – and great tact. But when we rebuke, we must hope for repentance and be ready to offer forgiveness. For us there are no “unforgivable” actions – at least, if we expect divine mercy.***

I am not saying this is easy. I often wish there was some way around it. But there is not. Like the man dangling over the precipice, God alone can save us - but takes an act of faith. Faith is the only way we can have a relationship with God and with each other. And it is the greatest power we human are capable of exercising. Like the apostles, we ask Jesus, “Lord, increase our faith.”

*As a friend of mine says, you have a right to your own opinions - but not to your own facts. Especially on this issue, we must keep bringing people back to the simple facts. Before we argue about whether the fetus has a "soul," we need to examine what the science of fetology tells us. Before we discuss a woman's right to choose, we need to ask, Choose what?

**At the same time we must insist that Moslem nations allow Christians the same freedom to practice and propagate our faith as we extend to them in our countries. See: Report on Religious Freedom

***The devil works hard to convince people they have committed a sin which no one, even God, can forgive. Of course, it is easier to believe that lie if you first conclude that someone has committed an offense you cannot pardon. "I am a very tolerant person, but what he did is beyond the pale."


2013: Geography of Faith: The Return from Exile

2010: Questions That Lead to Faith

Statement of the Schindler Family

From Curt Jester (Diet Catholicism® "Smells and Bells, but no talk about Hell.") 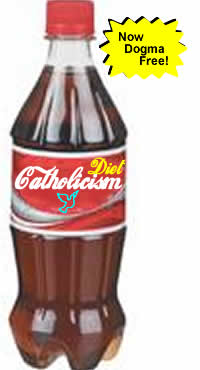 “A DIRTY SHAME” SOILS ITSELF

Taking the "Catholic" out of Catholic Charities

Today I saw the movie Therese. Here is my review

Why do you think Catholics for a Free Choice is trying to get the IRS to go after Catholic Answers? (Interview with Jimmy Akin) 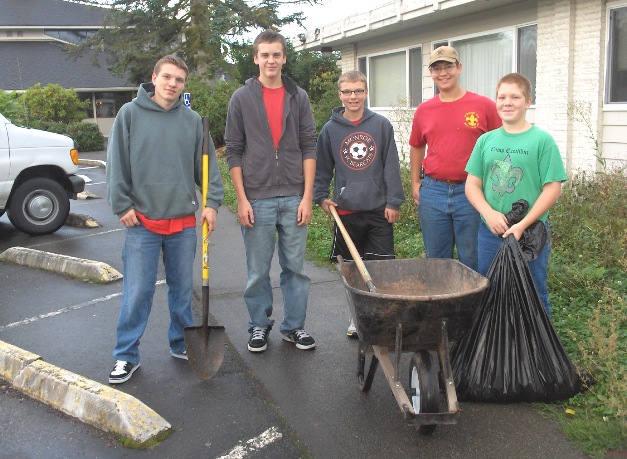 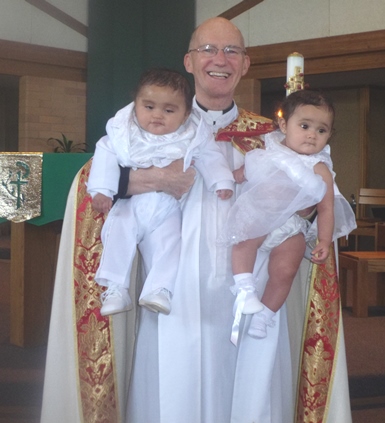