Bigger on the Inside

(December 25, 1999)
In a children's story called the Chronicles of Narnia, C.S. Lewis describes a peculiar building. It looks quite ordinary, but is unlike any other. On the outside it appears to be an enclosed stable, a place which keeps animals like cows and chickens. As a building it is not very impressive, but it has one amazing quality. When the children open the door, they slowly begin to realize it is different from any other building in the world - it is bigger on the inside that on the outside.

At first it just does not make sense. It's like buying a quart of milk and pouring out a full gallon. The one quart carton, instead of filling four cups, somehow fills sixteen. Impossible. How then is it possible that this stable should be bigger on the inside than it is on the outside? We discover the surprising answer when we open the door and see the one who waits inside. We can meet that person not just in children stories, but right here tonite. Before mentioning exactly who he is, let me about some other doors people will pass thru this evening.

This Christmas eve in Rome, Pope John Paul blessed and opened a special door. It is called Jubilee Door. Thousands, perhaps a couple million people will walk thru the Jubilee Door in order to receive the Holy Year Indulgence. Closer to home, our Cathedral here in Seattle has magnificent new Millennium Doors. For those who are not able to go to Rome or the Holy Land, they may receive the indulgence by making a good confession, praying for the intentions of the Holy Father and entering the Millennium Doors of St. James Cathedral.

Here at Holy Family Parish we also have a Jubilee Door. It is the northwest door of our church which we blessed before our 5 p.m. children's Mass. Above the door you see the Jubilee Logo with the Latin word Christus, Heri, Hodie, Semper. They mean Christ, Yesterday, Today, Forever. Inside the circle is the cross which comes out like rays of light. At the center of cross are five interlocking doves which represent the five continents, that is all humanity being drawn to the cross.

The first to walk thru our Jubilee Door were the children representing Joseph and Mary on their way to Bethlehem. Then the rest of us followed them. This door opens to a reality bigger on the inside than on the outside. Awaiting each one of us on inside the our Jubilee Door is the refurbished statue of the Sacred Heart - Jesus with his arms outstretched and open heart waiting to receive us.

When we entered the church tonite, all eyes were drawn to the Nativity scene. Isn't it more beautiful than ever? This year our parish Vietnamese community did the decorations. Later this evening or during the next couple of weeks, every one of us will want to spend some time just trying to take in what this scene signifies: the great humility of our God. He made the universe - all the billions of stars and galaxies. He made this world teeming with millions of species of plants and animals. And he created you, my brother, in all your complexity. He formed you, my sister, in all the intricacy of your heart. That same God who made the world loved each of us so much that the became a little child.

The mothers among us have an advantage in understanding the humility of God. They know what it is like to carry a child in their womb and then care for a little baby totally dependent on them for nourishment. But the rest of can see the coarse straw, the barnyard animals and the beautiful baby. Deep down we know that the most beautiful thing in the world is humility. The humility of God attracts us, makes us want to be humble. That is the invitation to Christmas: to come to Jesus, to humble our proud hearts, to enter into a world which is bigger on the inside than it is on the outside.

1997: Someone is Knocking at the Door

Pictures from the Simbang Gabi and 35th Anniversary 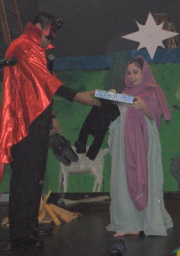 Bulletin (Mary Bloom thank-you, boy with achondroplasia, Anthony Flew - There Is a God) 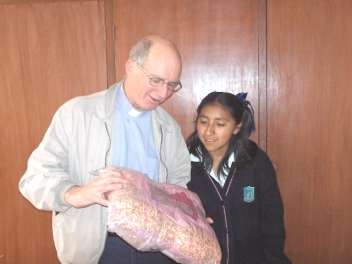 made with love by beautiful people in Whatcom County

It is not a matter of revving ourselves up to experience again the wonder of the Christ Mass. There is no point in trying to recapitulate Christmas as you knew it when you were, say, seven years old. That way lies sentimentalities unbounded. The alternative is the way of contemplation, of demanding of oneself the disciplined quiet to explore, and be explored by, the astonishment of God become one of us that we may become one with God... 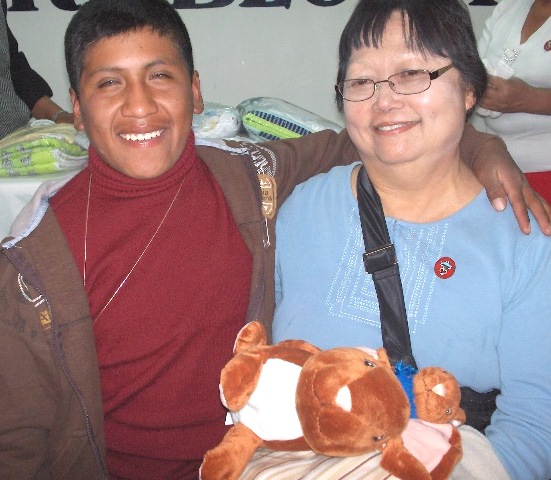 (Diego - boy with eye disease. More information in link below.) 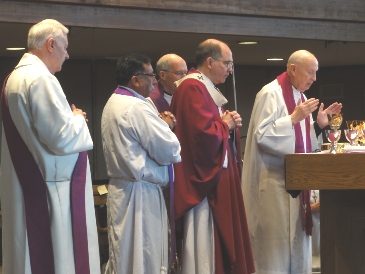 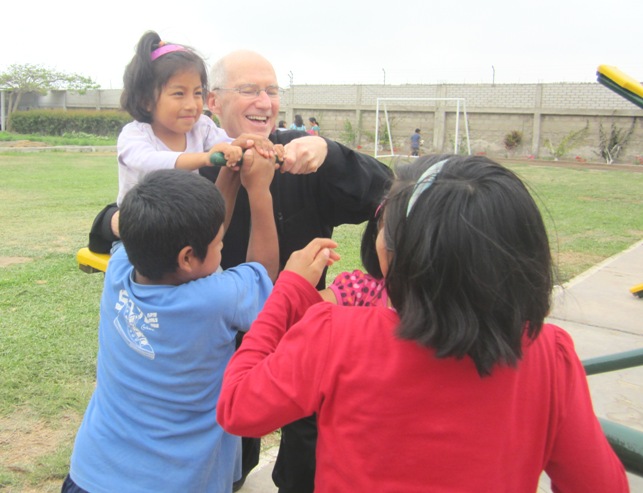 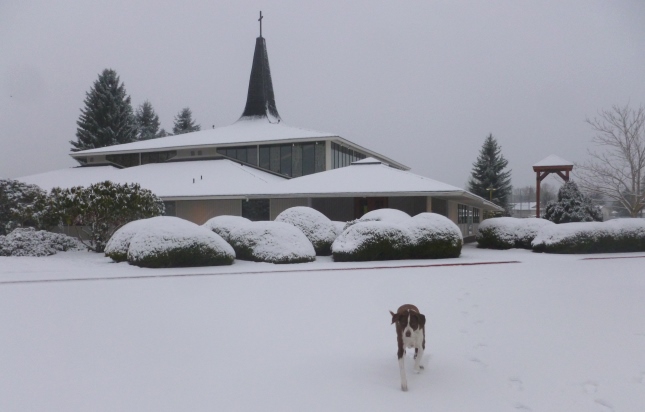